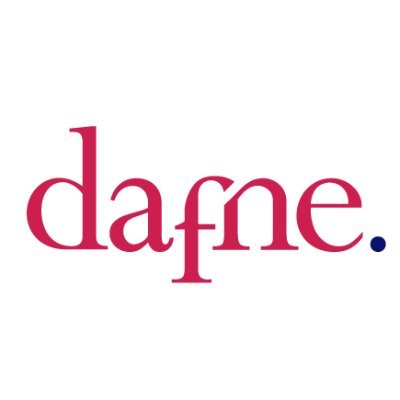 Dafne (Donors and Foundations Networks in Europe) is proud to announce the election of Carola Carazzone, Secretary General of the Italian association Assifero, as the Chair of the Board of Directors. Carol Mack, Chief Executive of UK’s Association of Charitable Foundations, has been appointed as a Board Member. Magdalena Pekacka, Executive Director of Polish Donors Forum, was re-elected as Vice-Chair of Dafne. The new appointments took place during the Dafne Members’ General Assembly on 21 January 2021.

Changes to the Dafne Board of Directors happen in times of unprecedented challenges and crises in Europe and globally. The timing is also crucial for the European philanthropic sector – the new appointments take place in the midst of the process led by Dafne and the EFC, European Foundation Centre, of building tomorrow’s umbrella organisation for European philanthropy as an inclusive, participatory and innovative hub for foundations and philanthropy networks alike.

The Executive Director of Dafne Max von Abendroth commented on the elections:

“We are pleased Carola Carazzone has been appointed to the role of the Chair of the Dafne Board of Directors, and Carol Mack – as a new member of the Board. The unprecedented challenges require a bold action by philanthropy. We look forward to Carola and Carol’s leadership and commitment to an independent and courageous philanthropic sector. Their experience and insights will be invaluable in furthering our mission to ensure philanthropy is a catalyst for a resilient, inclusive and sustainable Europe”.

Carola Carazzone is Secretary General of Assifero, the Italian membership association of family, corporate and community grant-making foundations, since 2014.  Commenting on her appointment as Dafne Chair, Carazzone said:

„Today more than ever it is time for Europe to step up. 2020 has been a dreadful year and, at the same time, a year that has shown the extraordinary potential for Europe. The decade ahead of us needs a connected and effective European philanthropy ecosystem, able to contribute to and shape a more inclusive, equal and sustainable Europe. The pandemic has offered us a once-in-a-lifetime opportunity: a powerful experience of collective empathy, of experiencing the meaning of humanity’s interconnectedness and interdependence and indivisibility with the planet. Dafne, representing collectively over 10.000 foundations, has a unique role to play in enabling, developing, accelerating and multiplying the collective impact of European philanthropy. I truly believe that Dafne can make a big difference in unlocking the huge potential that lies in private resources, including non-financial support, and in contributing to strategic partnerships of multi-sector stakeholders. It is a great honour for me to serve Dafne as its Chair standing on the shoulders of my predecessor Felix Oldenburg and building on the courageous vision of the people who served before me”.

Carola Carazzone is succeeding Felix Oldenburg who chaired Dafne from 2017 to 2021 and currently co-leads gut.org, a group of digital-social enterprises. He was Secretary General of the German Association of Foundations until from 2016 to 2020. Felix’s ambitious vision for European philanthropy and his idea of a single market for philanthropy allowed Dafne to grow and build a community of dedicated and committed philanthropy networks across Europe. Dafne team and members expresses their appreciation for Felix’s leadership and his commitment to a courageous European philanthropic sector over four years of his tenure. Oldenburg commented on the elections: “I am thrilled to see Dafne with its new board and brilliant staff step up to meet the moment, and to co-create a platform to drive European philanthropy forward.”

Carol Mack is the Chief Executive of ACF, the UK-wide membership association for foundations and grant-making trusts. She said during the General Assembly when the election results were announced:

“I’m passionate about foundations and their potential to transform private wealth into public benefit – and especially the role that infrastructure bodies can play in supporting foundations to be ambitious and effective in the way that they use their resources for good. Given the challenges of the current time the work that Dafne does in connecting and representing philanthropy across Europe is more important than ever. I’m both delighted and honoured to have the opportunity to support Dafne in this way”.

Apart from new appointments, Magdalena Pekacka, who has been at the helm of the Polish Donors Forum since 2006, was re-elected to her position of Vice-Chair.

She commented during the meeting:

“I’m delighted to be able to continue the work of strengthening the philanthropy infrastructure in Europe. I believe that we need a united and solidary Europe now more than ever. Philanthropy places a key role in building resilience after the global Covid-19 pandemic, but also in supporting the civil society organisations and informal civic movements that not only face financial difficulties but operate in a shrinking or sometimes even hostile space. We must stand together for our values and freedom”.***ENDS***

About Dafne – Donors and Foundations Networks in Europe:

We bring together 30 national associations from 28 countries across Europe, representing over 10.000 public-benefit foundations, big and small, who want to make a difference in society. We have created an alliance for collaboration across philanthropy networks in Europe to address big philanthropy questions of our time in a coordinated and effective manner. We lead, strengthen and build the field for the common good in Europe. We believe that an independent and courageous philanthropic sector can be a catalyst for a just and equitable society, where all can participate and prosper and have a voice, from the most marginalised to the most privileged. Philanthropy is vital for a resilient, inclusive and sustainable Europe. More info: www.dafne-online.eu

Carola Carazzone is Secretary General of Assifero, the Italian membership association of family, corporate and community grant-making foundations, since 2014. She moved to the philanthropy sector after fifteen-year professional experience in 18 countries, working with civil society for the promotion and protection of human rights, at both national and international level. She is an Italian lawyer specialised in human rights at the René Cassin International Institute of Human Rights in Strasbourg. She serves as Advisory Board Member of Ariadne, the European network of funders for social change and human rights, as Member of the Experts’ Reflection Group of ECFI, European Community Foundations Initiative, as Member of the Alliance Magazine Editorial Board, and of Ashoka Italy’s Advisory Committee. In 2017 she was a Senior Fellow with the Centre on Philanthropy and Civil Society at the City University of New York.

Carol Mack is the Chief Executive of ACF, the UK-wide membership association for foundations and grant-making trusts. ACF’s mission is to support foundations to be ambitious and effective in the way that they use their resources for social good. Its 400 plus members include family trusts, corporate foundations, and independent grant-makers, who collectively support a wide range of charitable causes. Carol has led ACF for four years, having worked in the foundation sector for over a decade, and is a trustee of the National Emergencies Trust and Chair of the Wales Funders Forum. Her professional experience includes national policy formulation at the Charity Commission for England & Wales and working in a small neighbourhood mediation charity, having begun her career in business. She has also served as Vice Chair of Tree Aid and on the funding panel and audit committee of Victim Support. In her spare time, she enjoys learning Welsh in order to keep up with her bilingual daughters. Carol was awarded an OBE for services to charity in the Queen’s New Year honours list 2021.

Felix Oldenburg is a social entrepreneur and philanthropy innovator. He co-leads gut.org, a group of digital-social enterprises including the online giving platform, betterplace.org. He chaired DAFNE, the European association of donors and foundations networks, from 2017-2021. From 2016-2020, he served as Secretary General of the Association of German Foundations, and from 2009-2016 as Germany and Europe director for Ashoka, drawing on earlier professional experience as co-founder of a online collaboration platform, McKinsey consultant, and award-winning initiator of large-scale citizen deliberations. His other board roles include Alliance Publishing Trust (UK), and the German National UNICEF Committee (DE). He lives with his family in Berlin.

Magdalena Pekacka is the Executive Director of Polish Donors Forum the country’s only platform for emerging private donors. She has been working in Forum since 2006. She holds a Master of Sociology in NGO Management from the Institute of Applied Social Science at Warsaw University. In 2018 she was a Senior Fellow with the Center on Philanthropy and Civil Society at the City University of New York. Her main areas of expertise are foundation management, data and research as well as legal and fiscal environment. She initiated and ran several programmes aimed to increase organisational philanthropy in Poland and contributed to the development of a more favourable legal environment for the operation of NGOs.