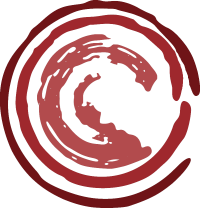 Since ever it has been in the hearth of everyone and called in any modern and contemporary literature, the city of Rome had always been the object of thoughts, attentions, caring and hopes, as if as beyond a city, further the urbanistic, the social issues, the economic and sociologic approach, everyone refers to Rome as if speaking to its soul.

A soul to be helped, fed, protected, beyond the incursions, the adventures of concrete, the unscrupulous plans, the sometimes risky ambitions of administrative alternations that have submerged and stratified the problems over time.

The local public administration has always seen Rome as a city. In reality, when we talk of it, we tend to use the “plural” form, not the singular one. The reason why is that everyone is aware that Rome cannot be seen as a mere city, since it is a complex living organism, a multifaced one. As a matter of fact, its township wards, the districts, the municipalities and the urban settlements, which embrace and surround the old downtown, are independent worlds themselves, entities where the inhabitants density can be wider than that of many other Italian cities.

Its peripherical extension and the related difficulties hinder the daily life, obstruct the affirmation of an attentive look, they tend to conceal, to asphyxiate, the dynamic and vital hearts of the suburbs, composed by the people, by the associations, the social centers, the cooperatives, that every single day committ themselves for the territory and its community.

Periferiacapitale is a journey that the Charlemagne Foundation wants to dedicate to the people who live in the city of Rome.

The awareness of the responsibility of being a foundation does not disregard the necessary assumption of risk in one’s work: it implies the risk.
To engage in risk, looking beyond, allows Fondazione Charlemagne to develop and undertake a non-traditional philanthropic approach, so that it tends to experiment and to intervene in many areas and contexts often neglected by other financiers.

Over time, this approach makes it possible not only to learn from the hidden potential, to bowing to the sources and the forces of resilience, but also, and at the same time, being able to contribute to defusing obsolete languages and behaviours.

At the origins of Periferiacapitale there is a long commitment of research, study and observation aimed at understanding the dynamics of territories very far from Rome where community paths, with different outcomes but always inspired by the respect and the value of the community in its cohesion processes and adhesion, in its way of expressions and its representations, have generated social and economic well-being, increased the participation, helped to bring the citizen closer to the determination of his/her future, to the restoration the civil and social dignity.

Trust and relationships can give life to a philanthropy able to generate new tools and methods, so to relocate private foundations in new and shared scenarios, where the rigid barriers of work and roles give way to strategic alliances, to sistemic approaches.
Only through this way, foundations can always adapting and facing the new challenges that the territories pose.

Fondazione Charlemagne has a long experience in the city of Rome; this has allowed it to identify a network of subjects in different neighborhoods of the city, and through them to improve the reading of the city and map its needs and aspirations.

The formula of action is the one Fondazione Charlemagne has always searched through the alliances to which it adheres: the pursuit and witness of a core and service philanthropy, which focuses on the indisputable value of people, through tools and initiatives conceived to strengthen the components of the civil society, to guarantee democratic processes and the restoration of human dignity, to promote economic and cultural development on a human scale over the time.

The cultural sense of Periferiacapitale invokes what in recent years appears to us a possible key to understanding the development of a territory and the affirmation of the role that communities can play in it.

Periferiacapitale will experiment with some interventions in favor of Rome and its inhabitants, with the aim of promoting community processes through the involvement of third sector entities, voluntary organizations, actors and players who operate in the Roman outskirts.

The intent, which we will share with those who have a long-term view and the consistency of an action free from the logic of the past, is to strengthen the territorial realities that work in favor of the communities; to facilitate community development processes in a selected number of territories, to address the possibility of starting community paths as a possible tool for development and civic cohesion; to provide Rome with a positive image and promote its capabilities and the values of local partners; to invite the institutional philanthropy to invest in Romeand become partners of an integrated and systemic programs in favor of the different neighborhoods of the city.

Stefania Mancini
Member of the Board
Fondazione Charlemagne onlus